"All of our students will benefit directly from being able to access this equipment as it is a vital part not only of their total learning experience but also their daily lives.”
School Principal Cameron McKenzie 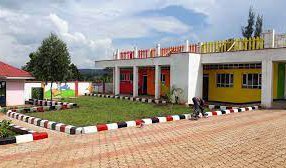 Goldfields School in Paeroa were all thrilled to hear about the grant from NZCT of $14,303 for three interactive display panels.

School Principal Cameron McKenzie says, “Goldfields is the only rural Special Needs School in New Zealand. It was founded approximately thirty-five years ago and has grown from a starting role of five students to almost ninety. We have four separate satellite units in schools throughout the district in our catchment area.”

“The school has three junior classes and one senior class that provide special needs education for students aged five to twenty-one. Each class has one teacher and at least two teaching assistants. All the students have high or very high needs and require additional learning support. These interactive displays deliver leading learning environments in which teachers and students can collaborate with ease.”

“We also operate six satellite classes hosted by other schools, including Te Aroha Primary, Miller Avenue School, Thames South Primary, and Paeroa College. These schools are highly inclusive and the communities they serve are fantastically supportive.”

“All IT equipment needs to be updated on a regular basis and our school is no exception. This generous grant from NZCT has enabled us to purchase upgraded IT equipment for two classrooms and to use other funds towards specialized equipment that our students require on a daily basis. All of our students will benefit directly from being able to access this equipment as it is a vital part not only of their total learning experience but also their daily lives.” 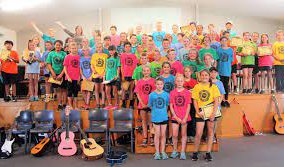 Goldfields School opened in February 1971 at the Paeroa Army Drill Hall. The Principal was Ken White and the school had one teacher, Dot Wells. In 1974, the school was relocated to its present position at 55 Norwood Road with a school role of twenty-two children. From 1974 to 1984, the school gradually increased in numbers and Anne Stout became Principal.

By 2010, the school had a new Principal, Gary Quarless, and a satellite class was opened at Miller Avenue School, followed by the senior unit built on the top field in 2012. The school role increased to forty-seven students with eight full time teachers.

In 2016 a satellite class was opened at Te Aroha Primary, followed by another at Paeroa College in 2018. 2019 saw a change of Principal to Cameron McKenzie and the opening of a double unit in Thames South School. The current role sits at eighty-three students, seventeen teachers, twenty-eight teacher aides, and five part time therapists.

These Interactive Display panels were Active Panel Bundles. NZCT thanks its local venue Paeroa Hotel for the funds that made this grant possible. 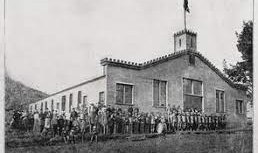