“It will be amazing for all of our teams to wear the same style of uniform that is light weight, dri-fit, and cool for summer, especially for our 13 and Under and 19 and Under teams who play in the midday heat on Saturdays.
President Brian Welts

“We are very grateful for the support NZCT has now provided us two years in a row. Last year we received funding for balls and playing equipment which enabled us to grow our club, field more teams, and offer a free to play module.”

“We have outgrown our available stock of existing and borrowed uniforms and are grateful that NZCT has provided this uniform grant. It means we’ll be able to ensure we can meet the growing demand of membership and bring uniformity across all grades with consistent Bears Baseball branding.”

“Being based at Starling Park in Ranui, West Auckland, means we serve a very diverse socio-economic and multi-cultural membership. Anytime a player takes the field, to perform well and play as a team, having new uniforms for everyone is critical to ensuring that nobody misses out or feels like they aren’t part of a team.”

“Next season we are entering our 5th Anniversary season and year on year we have proven ourselves to be a growing club (from four to eight teams). We have outgrown our available stock of uniforms and the supplier we originally purchased from has gone out of business due to Covid. Therefore last season we had to supplement our teams with used uniform tops (from our sister club, Waitakere Bears Softball Club), which are not the same style, too heavy of a fabric for summer, and are over ten years old.”

“It will be amazing for all of our teams to wear the same style of uniform that is light weight, dri-fit, and cool for summer, especially for our 13 and Under and 19 and Under teams who play in the midday heat on Saturdays. Celebrating our Fifth Anniversary, our members are hugely excited for the upcoming season. We would measure success by surveying them at season's end and then analysing the results.”

“Looking good on the diamond makes members feel good and has a positive impact on how they approach the game. They will take pride in who they are and who they represent. Moreover, it means that we can now accommodate more teams for the upcoming season and the original baseball tops can be repurposed for the midweek summer league that we set up last season in an effort to get more people active after the lockdown.” 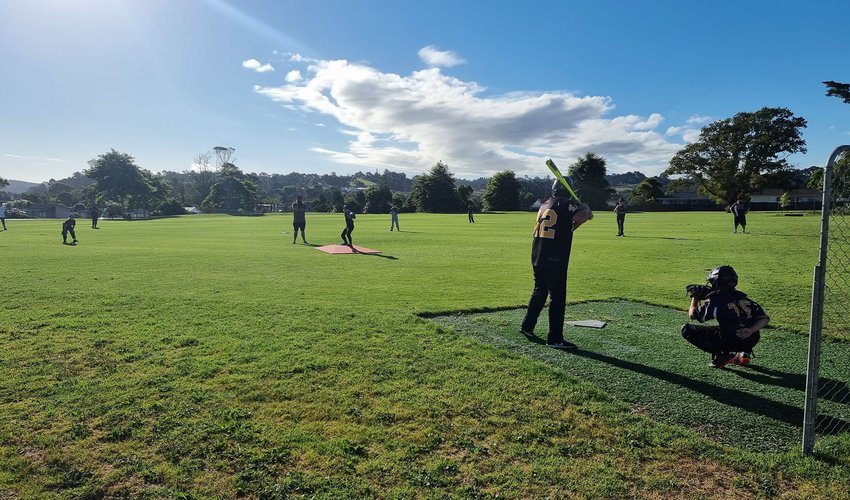 The Waitakere Bears was formed in 1950 and after sixty-eight years of softball, took a bold step to offer baseball in 2018. After a successful pilot season that saw four teams take the field, Bears Baseball incorporated as a separate entity in order to comply constitutionally with its regional and national bodies.

Since then, Bears Baseball has gone from strength to strength, doubling in size with eight teams from 13 and Under to Premier Men and a free to play mid-week summer league. Today, Waitakere Bears Baseball and Softball jointly are the largest diamond sports club in New Zealand. They operate under a memorandum of understanding to collaborate and service members from the age of three to adult by offering a fun summer sport and their diamond sport of choice.

The Waitakere Bears Baseball Club received a grant of $4,950 for new playing uniforms.