In most countries, gambling is purely for commercial gain. New Zealand is different. We are one of only a few countries in the world with a unique, community-owned model for pub gaming, where the net proceeds are returned to the community instead of the private sector. 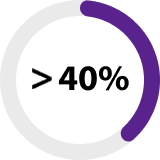 A minimum of 40% of gaming machine proceeds, or GMP, is required by law to go back to the community by way of grants. 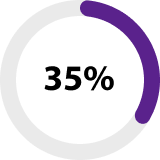 35% goes to the government in duties, fees and levies. 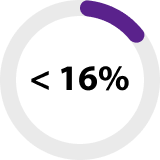 Making a difference in your community

Our funds come from NZCT operators up and down the country who run our gaming machines in their hotels, bars and other venues.

We are proud to be the largest funder of amateur sports participation and active recreation in New Zealand. 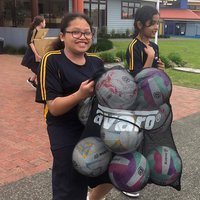 Every year, we give millions of dollars in grants to thousands of applicants from a huge range of amateur sport and active recreatiion groups from rugby and netball to kayaking and lawn bowls. 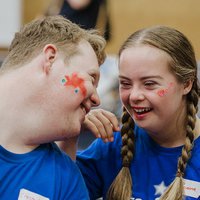 We also provide funds for other charitable purposes, such as rescue and life-saving services, education, health, the arts, and cultural and community groups.


Where our funding goes

We're committed to ensuring money goes back into the communities in which it was raised.

Around 92 percent of our grants will benefit the community where the funds were generated.

The remainder goes to national organisations, like Outward Bound or Special Olympics, which provide widespread benefits to many communities throughout the country.

Pub gaming brings many benefits to New Zealand. Business and Economic Research Ltd (BERL) research calculated that each year the entertainment value to recreational players is around $250 million, the value of the grants to the community is around $300 million, and the government revenue value in the form of tax, duties and levies is around $280 million.

Pub gaming funds are an important source of income for community organisations. The Ministry of Health's Gambling Resource for Local Government reports that during 2011:

The resource also notes the flow-on effects of funding community organisations, which include 'increased sustainability of community institutions and increased economic activity through expenditure'.

In 2012, Auckland Council undertook research (Community Funding: A Focus on Gaming Grants) to find out how important pub gaming funds were to its community. Most survey participants (55%) believed there would be a high to extreme risk to their organisation and their core business if they did not receive this funding. A further 26% said there would be a moderate risk if they did not receive it.

In addition, two-thirds (68%) said they thought they would be unlikely to find another source of funding if gaming funds were not available.

Most pub gaming rooms are managed by local publicans, who offer 'pokies' as part of their entertainment package, along with meals, music and other social activities. These businesses contribute to the local economy, employing staff and providing a vibrant hospitality sector for residents and tourists alike.

‘Pokie-playing’ is a valid, legal and enjoyable source of entertainment as long as the games are played responsibly. Most pokie players, like Lotto players, do so to ‘have a little thrill’. They regard it as light entertainment, and the majority of players know when to stop. In research undertaken in 2011, BERL noted that pokie expenditure is directly related to disposable income.

Thanks to the hard work and loyalty of NZCT's gaming room operators, we're able to raise funds for good causes around the country. We distribute the funds we raise back to the community in which they were generated.

Select a region on this map to see the NZCT gaming rooms raising funds in your community.

Interested in joining NZCT as a gaming machine host?

Click the button below to find out all you need to know.

Join NZCT as a venue operator