“The purpose of the Titahi Bay SLSC is to prevent drowning and injury at Titahi Bay Beach. Each year we volunteer over 1,100 hours of patrol and complete over 300 preventative actions to keep our community safe.
Spokesperson Tim Marsden

“Brett, Paul, Alex and Liam and all the other Surf Boat fraternity at the club were super excited to hear they will have new equipment to race with”, said Spokesperson Tim Marsden for Titahi Bay Surf Lifesaving Club. The clubs just announced that it has been awarded a grant of $31,000 from NZCT to purchase a new Surf Boat and related equipment.

Marsden says, “Most of our current Surf Boats are beginning to age and are costing us a large amount of money to fix each year and are becoming slower and slower on the water. The purchase of a new boat not only gives them greater chance of success, but also recognises the many hours of training, sacrifice, and effort they give to represent the club, the region and our country.” 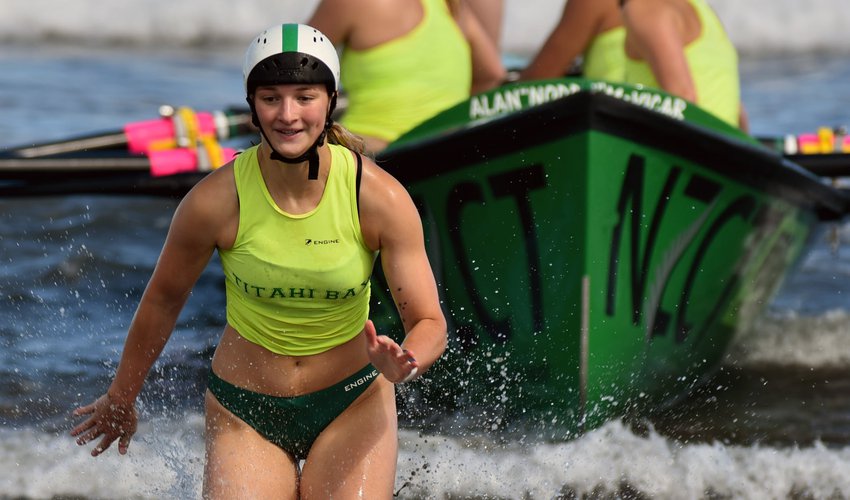 “The purpose of the Titahi Bay SLSC is to prevent drowning and injury at Titahi Bay Beach. Each year we volunteer over 1,100 hours of patrol and complete over 300 preventative actions to keep our community safe. We achieve this by ensuring we have a strong and healthy membership to complete volunteer surf life-guarding at the beach. For our club, a key component of keeping our experienced patrolling members is through the opportunities provided through high performance sport.”

“We have been racing Surf Boats nationally and internationally for over fifty years we and are recognised as the premier Surf Boat club in New Zealand. This funding from NZCT will enable us to remain competitive and keep our volunteer Surf Lifeguard athletes racing at the highest level. We currently have approximately eight Surf Boat crews with forty people showing interest and training for the coming season. We would like to send a number of those crews to Australia to race to retain/win national titles and reclaim our trophy as top NZ Surf Boat club.“ 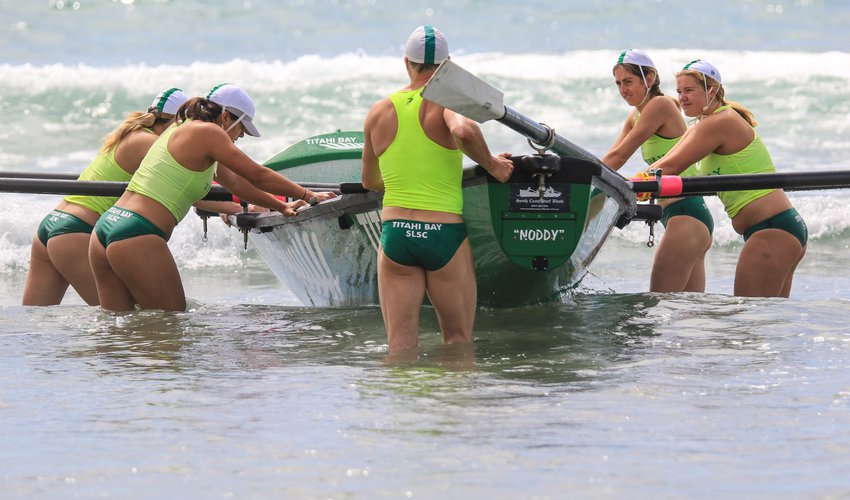 The Titahi Bay SLSC was formally constituted in 1938 and by 1941 the clubhouse had been built, with half the cost covered by a grant from the Makara County Council and the rest by the local community. By 1942, half of the club’s members were on active service overseas during WW II. In an effort to boost membership the club passed the motion that ladies be admitted as members. Despite these measures being described as "drastic" in the minutes, the club closed its doors until 1945.

Titahi Bay SLSC was one of the first community organisations to be started up again after WW II. In September 1945 the Titahi Bay Progressive Association called a meeting to help revive the club. This was attended by local residents and representatives form the NZ and Wellington Surf Associations. Members were recruited from returned servicemen. Titahi Bay SLSC has a strong history and continues to serve the community and patrolling the beach with pride.